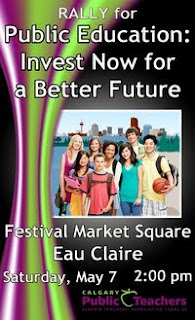 Education week is May 2nd - May 6th. The next day the Alberta Teachers Association Local 38 is holding a rally at Eau Claire market to protest the funding cuts to our schools. Join them and add your voice. All are welcome; 2:00 - 3:30 pm.

I had a chat with Jenny Regal, Local 38's president, about the rally and she said that teachers are very concerned about the lack of education funding in Alberta. She feels teachers have a professional responsibility to protest the impending reduction in quality education. Yes, some of her members will lose their jobs, but just as important is the degradation that will occur to a world class education system. Saturday - that's what they will be protesting.

This rally will be aimed not at the CBE, and not at Alberta Education but the provincial government. Ms. Regal is convinced that Minister Dave Hancock and his department did their best to garner as much of the provincial budget as they could and the CBE is working diligently to spread that funding around as responsibly as possible. Unfortunately they simply didn't get enough from our government.

At a time when the Alberta Liberals, the Alberta Party and the Progressive Conservatives are in the midst of various leadership races, this rally could gain some serious attention by candidates looking for support from concerned party members.

For the Tweet-enabled: @ata38 and for the 'Face'-enabled.
Posted by Shane at 1:33 PM No comments:

As Mr. Barkley pointed out in our last meeting, the teaching of French or any other second language at CBE schools is no longer mandatory. This article from the Calgary Herald provides some details and goes on to quote Cathy Faber (CBE Superintendent of Learning Innovation). Mrs. Faber states that the decision is not fiscally based and is in the best interest of students as they will be given more choice in their education.

With the news about cutbacks at schools and reduced funding from Alberta Education, its very difficult to believe this isn't a financial decision. Surely most schools will look at the cuts they are being asked to make and start with this program, one that has suddenly been made optional...?

What do you think? Should a second language be mandatory? Should French be mandatory? We are a bilingual country.
Posted by Shane at 9:19 AM 1 comment:

I hope everyone had a great Easter weekend. I wanted to give a quick synopsis of our last meeting.

During the Council meeting, we were joined by Ms. Somerville and Mrs. Gannon, thank you both for coming out:

- Ms. Somerville gave a synopsis of the Moving Up with Literacy program that we sponsored this year and it appears that all the staff that have used it are very enthusiastic about having the resources available. This is good news as the program is costing the Association a significant
Read more »
Posted by Shane at 11:28 AM No comments:

Well, another Volunteer Tea has come and gone, the music was wonderful, the singing was beautiful, our gracious servers were fantastic, the MC was clever as always and the cake and strawberries were delish!!!
So now that all of us volunteers have had our day of appreciation we need to step up for our Staff Appreciation Luncheon on May 26th. We need several volunteers to make up some nummy dishes to show all the staff at our totally awesome school how much we love and appreciate them all.
Please send an email to Tammy Campsall at tammyjayne@gmail.com (who has so kindly volunteered her time to help coordinate the food) with the dish you will be bringing so we do not have doubles. We ask that you include a list of ingredients on your dish as well, and please no peanut dishes.
We thank you in advance in making this day extra special for our staff of Haultain Memorial School!!! 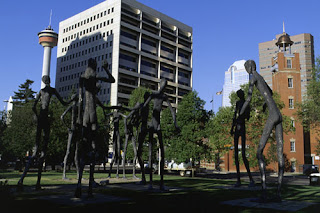 It was reported today that the CBE has been able to save some of the teaching jobs that were expected to be lost in the latest budget. The final numbers are yet to be seen but it appears that another 14 million dollars has been allocated, reducing the budget shortfall. As many as 100 teaching positions will be saved. Read more from 660news here and Metro here.
Posted by Shane at 2:58 PM No comments: 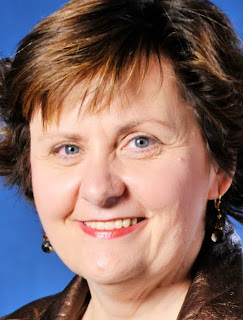 In her rebuttal to Education Minister Dave Hancock's article in the Herald; Pat Cochrane, chair of the Calgary Board of Education, calls for a focus away from the numbers and into the classroom.

"Education is not a business. Education is the shared duty of communities to enable children to fulfil their potential and become leaders of tomorrow. The duty to educate our children does not vary with the economy. Indeed, tough economic times challenge us to sustain our commitment to students." - Chairwoman Pat Cochrane

Read more here. Become involved in this important issue, let your MLA know where you stand. Let Dave Hancock know, send an email, make a call, write a letter. Your voice is important.
Posted by Shane at 10:41 AM No comments: 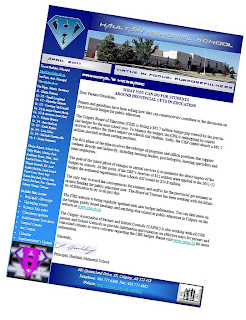 Please see the April newsletter - click the pic...
Posted by Shane at 10:13 AM No comments: 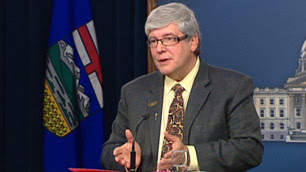 The uproar over budget cuts to education in Alberta is getting louder. On Tuesday, the Calgary Herald printed this story written by Dave Hancock, our Education Minister. He was writing in response to this Herald editorial which says the province has provided a 'lesson in pettiness'.

In his response, Mr. Hancock accuses the CBE of 'buying a bigger house' when times got tough, referring to their new lease and building agreement. He goes on to suggest that the CBE has not been transparent and that CBE's reported budget shortfall of 61 million dollars is their own doing and seems fabricated. He also claims that CBE is posturing by 'frightening parents with hypothetical numbers'. The CBE will have a rebuttal in the Herald on Sunday.

Mr. Hancock may be responding so frankly and with this amount of vitriol because the CBE has placed the responsibility for the budget cuts squarely on Alberta Education shoulders.

The principle players in the debate met last night (hosted by CAPSC) at a public forum to discuss the budget problems and take questions from parents. Chief Superintendent of the CBE, Naomi Johnson, CBE Trustee/Chair Pat Cochrane, and Minister Dave Hancock met in an attempt to set the record straight. This story and this one both outline the frustration that parents are feeling concerning the issues and the lack of closure provided by the meeting. Parents of special needs students are especially concerned as it has been mentioned that support in this area will be first cut.

If you want more information, have questions or concerns, or just want to listen someone who is responsible - plan on coming to a Trustee Meet and Greet with Carol Bazinet and Sheila Taylor on April 28th, 6:30pm at the Lake Bonavista Community Association: 1401 Acadia Drive SE.

Who do you think is responsible for our present budget crisis? Should the province be providing more funding? Should the CBE have been more prudent in the past and budget more carefully now? Or is it just an economic reality, a sign of the times, that we simply can't afford the education environment we want? Click on the 'comment' link...
Posted by Shane at 11:05 AM No comments:

There are two upcoming CBE events that may be of interest to parents and members of the community. They are:

For more information, please visit the upcoming events page on the CBE website. CBE events are listed and updated on an ongoing basis on this page.

Posted by Key Communicator at 7:33 PM No comments:

Please e-mail Karen Drummond with your topic suggestions by April 8.

Posted by Key Communicator at 7:31 PM No comments:

The Calgary Association of Parents and School Councils (CAPSC) is hosting a panel discussion on the impact of this year's provincial budget on the CBE's 2011-2012 school year. The CBE is facing a $61.7 million budget shortfall as a result of the provincial budget. The CBE cannot absorb a shortfall of this magnitude without cutting positions.

This event will provide an excellent opportunity to get answers to your questions. It will be held Wednesday, April 6 from 5:00 to 6:30 p.m. at A.E. Cross School.

For full event information and to RSVP, visit the CAPSC website.

Posted by Key Communicator at 7:22 PM No comments:

Views or opinions expressed on this blog are not necessarily those of the Calgary Board of Education (CBE). This blog is not affiliated in any way with the CBE or the Haultain administration , and is solely intended for use as a tool to keep parents of children who attend Haultain informed and engaged.

Click here to email us your questions, comments or concerns.